This time around we feature the collection of James, vocalist in the dark rock band Her Despair.

The first Slipknot album, in approximately 2002. I was around 11 or 12 and had begun independently exploring the realms of rock and metal music properly. I was in MVC with my parents and browsing the metal section, when the album cover jumped out at me from the shelf. That single photo on the artwork was so intriguing – you can’t quite work out exactly what’s supposed to be happening, and there’s something very sinister about it. I had read the name and heard of Slipknot, but hadn’t heard their music by that point. I bought it and was instantly hooked – it’s still one of my favourite metal albums today. I remember feeling a genuine sense of fear when I first listened, such was the power and impact of the music.

There have been several throughout life, but we should go back to where it all began with “Bat Out of Hell” by Meat Loaf. I grew up with my Dad playing that album, and everything about it drew me in from an early age. The power behind the songs, the uncompromising crescendos of orchestrations with big guitars and drums, the almost operatic thunder behind his voice. Really it indoctrinated me to rock music from a very young age, and immediately inspired my own desires to write and perform.

“Floodland” by The Sisters of Mercy. My favourite album of all time; eight songs of near musical perfection. This was THE album that changed everything for me. I had become obsessively into the Sisters shortly beforehand through their “Vision Thing” album, but “Floodland” was the one that cemented itself high above anything else I had previously heard. Perhaps no coincidence given the Jim Steinman link with “Bat Out of Hell” – maybe something clicked in my head and it all came full circle.

I don’t tend to listen to vast amounts of music that traditionally makes you “feel good,” but on the rare occasion the sun is shining and I feel inclined to listen to something a little less melancholy, I’ll usually lean towards punk rock. Whether that’s classic older bands such as the Sex Pistols and Misfits, or more “contemporary” bands along the lines of Blink 182, punk always lifts my mood if necessary. 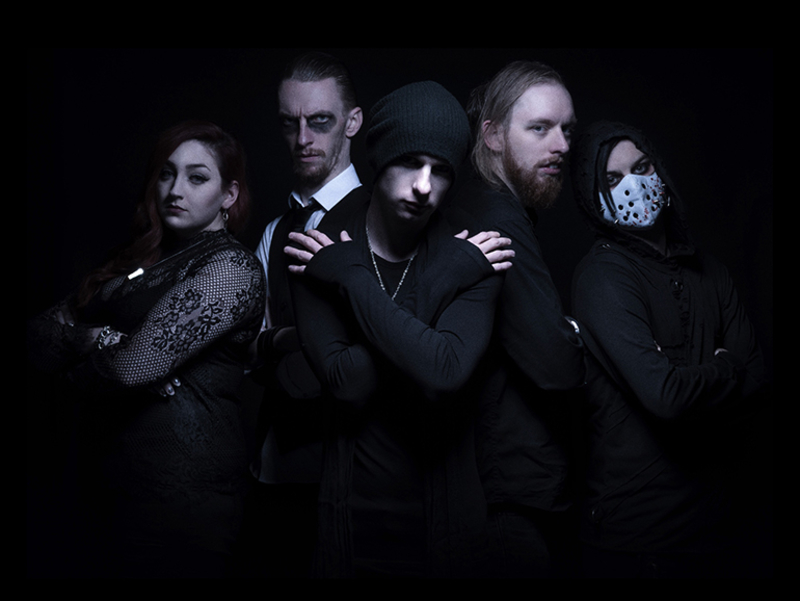 If I’m feeling down I’ll usually end up listening to music that exacerbates that feeling – for example something deeply moving like “No More Shall We Part” by Nick Cave or “Dizzy Up the Girl” by Goo Goo Dolls.

This is a very difficult question, and I’m sure I’ll think of more contenders after this interview is submitted!! Cradle of Filth always have wonderful cover artwork, with “Darkly Darkly Venus Aversa” being a personal highlight. Electric Wizard also have some great images, my favourite of their designs being “Witchcult Today.”

I wouldn’t necessarily say strange, but I have a few Abba vinyls which remain on fairly heavy rotation. They’re another band I grew up listening to who I have been unable to resist in later life. Abba crafted some of the best pop songs I’ve ever heard, and have certainly influenced my songwriting regarding catchy melodies and choruses.

I own a couple of first pressing Sisters of Mercy vinyls, but I’m not sure how rare they are.

It feels like a long time since I’ve bought an LP, but I’m fairly confident it was a Peter Murphy compilation. I was never hugely into Bauhaus, but a while ago I discovered Peter Murphy’s solo work and was blown away. The latest Nick Cave album “Ghosteen” is also particularly beautiful, so I may have to acquire the vinyl of that. The cover is also glorious so would look superb on vinyl artwork

Three Bands You Should Hear, Vol. 4

Tuskar Release New Video for “To The Sky”

Three Bands You Should Hear, Vol. 6