In this offering, we get up close and personal with Alexandre Canhetti, vocalist in the Rio De Janeiro, Brazil based band Gods & Punks.

I don’t really remember the first one I bought bit if I’m not mistaken, it was New Crown by Wolfmother. I remember they were selling it ok their official site but they wouldn’t ship to Brazil so when I traveled to Australia, I picked it up in Byron Bay with one of the site admins. Love that album and, yes, it sounds better on vinyl.

It was actually Chinese Democracy by Guns N Roses. Quite a different answer than you would expect, right? Thing is, the first time I listened to the album, I fell in love with songs like There Was A Time, Catcher In The Rye and Prostitute. I felt those songs ment something deeply to Axl Rose and I was actually touched by that like “this dude put all he had into these songs, this is his life project.” Even if the album has many very bad songs in it, some tracks really inspired me and I decided to express myself like that.

Demon Days by Gorillaz. If not my all-time favorite, it’s certainly on my top 5. It took me a long time to find it on vinyl for an affordable price, but when I found it, I picked it up immediately. Love that record from the first second to the last. It’s perfect and in a very unconventional way.

My Dark Beautiful Twisted Fantasy by Kanye West. Love that overall vibe. A mix between hip hop glam life, Kanye’s crazy conspiracies and this magnum opus-like grandiosity that makes every second of every track get you pumped out, hyped and ready to take on the day.l, even though it’s a very lyrically neutral to negative album. 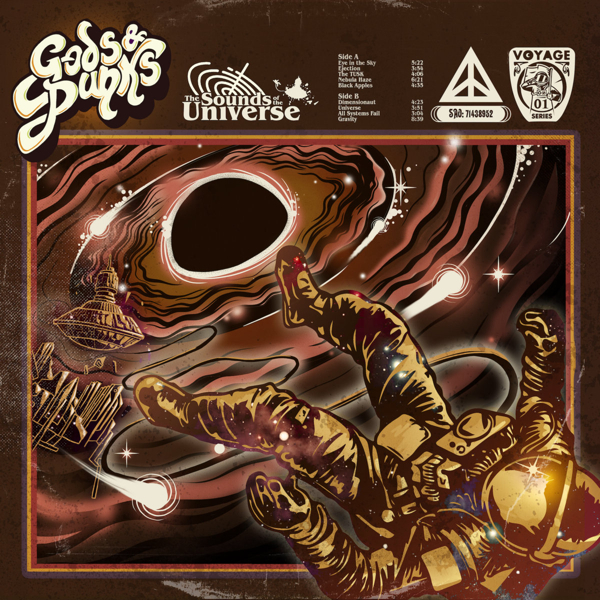 Cosmic Egg by Wolfmother. I love that record. Cosmonaut is one of my all-time favorite songs. Eyes Open, In the Morning and 10000 Feet are flawless. It’s an album that takes my to another place. A perfect balance between stoner rock riffs and accessible music accompanied by Andrew Stockdale’s unique and light-hearted approach to storytelling. He sets up this beautiful word where even the menacing forces he preaches about seem approachable. Plus, the beautiful artwork sets up the context for your mind journey.

Sleep – Dopesmoker. Love that artwork, especially on the 12” vinyl size. It give perfect context to the song and it’s a record I always find myself listening to while starring at the cover.

A KISS live bootleg live in Osaka, Japan from 1977 in clear vinyl, I bought in Australia. It’s an amazing live show from the band’s best period but I still don’t know why I bought, of all the records I could have bought that day, an unofficial KISS live bootleg.

It’s either Monster Magnet’s Dopes 10” limited run of 500 copies of lo-fi re-recordings of three of their best songs from their best record, Dopes to Infinity, Sleep’s Green Vinyl The Clarity limited to 420 (but there are many other copies of different colors), or, and most probably, The Sword’s limited edition Apocryphon, in yellow and black splatter, which I think is limited to fewer copies than those. It features hand written copy numbering and a different album cover to the common edition. Love it.

Ghostt’s Kiss The Go-Goat/Mary On a Cross Split 7”. Loved the single, and I’m a big fan of the band so I had to get it. Has a pleasant surprise with the b-side. Listen to both songs a lot.

Gods & Punks’ new album, The Sounds of the Universe, will be released on June 25, 2021. Digital pre-order is available from Gods & Punks’ Bandcamp.

Be the first to comment on "Alexandre Canhetti (Gods & Punks)"